About Us: The history of the Titan® Electronic Tankless Water Heater

It all started with a dream 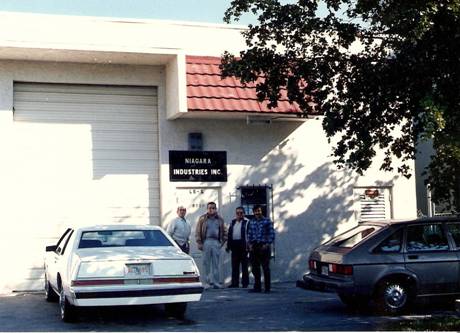 In 1985 the U.S. was coming out of the recession; Gorbachev became president of the Soviet Union; The Titanic wreckage was found and filmed by robotic cameras and at 8361 NW 57 St in Miami, Florida, Niagara Industries Inc. opened its doors for the first time. Operating out of this small warehouse the seeds for the first "whole house" electronic tankless water heater were planted. At that time Niagara Industries was selling a "point of use" tankless water heater called the "Niagara Tankless Water Heater" with some success, but people were constantly asking for a larger unit. The units back then were also mechanical, not electronic (springs, diaphragms, points), which meant that parts became worn out over time. During the first year the sales from this "point-of-use" unit financed the development of what became the flagship for Niagara Industries Inc.

The first unit manufactured (serial.# 00000001) was installed in Niagara's founder and owners home. The product worked great; the concept was still new in the U.S. market, but not to the European market. Based in Miami we had a large export market to the Caribbean with mostly European islands that already knew of the concept and had used them. During that time, sales in the U.S were slow, but they were climbing.

It is time for a move 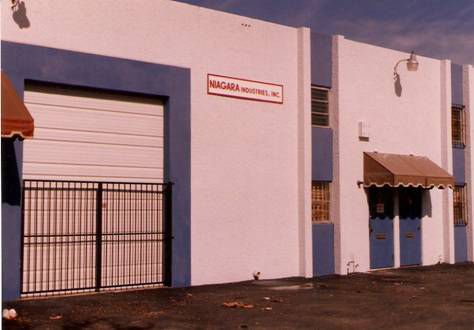 By 1991 Niagara Industries Inc. had outgrown its humble beginning and needed to expand. That year the facility was moved to a larger warehouse. From there Niagara Industries continued its steady growth. By this time, the name "Titan" had been adopted and was being manufactured in five different models. This was also the year that Niagara Industries introduced the Laser Instant Water Heater. This was an export model that was built to supply hot water to homes that had a limited electrical service. By now Niagara Industries had gone from a one man operation to 9 employees. The Titan was being sold through plumbing supply stores like Hughes Supply Inc, and Ferguson Enterprises. Even though at that time gas prices and the price of electrical power were low, people were starting to "warm up" to the idea of tankless water heaters.

The concepts takes off 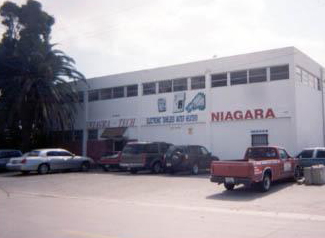 The year was 1995 and Niagara Industries was on the move yet again. The growing success of the "Titan®" and "Laser" brands were paying off. Also in this year we were awarded a patent for our tankless water heater (patent # 5408578 expired). Our new location was 4120 NW 28 Street.. At this new building we were able to develop new product lines. We also were the first and only company to have a research and development department that was dedicated to the improvement of our products and the development of new ones. In the year 2000 we participated in a joint project with NASA through their outreach service to develop a new high speed electronic integrated circuit. This new technology was then incorporated into all our lines of tankless water heaters which had now grown to 7 models.

Niagara Industries Inc continues to gain praise with our line of tankless water heaters. Our continued growth has forced us to move yet again. Our  two new locations that houses our engineering, R&D, and packaging and out second location that houses our manufacturing facility's Niagara Industries has also introduced our newest member of to the Niagara family the Titan-Eco. Our product line has now grown to 14 different models, and this does not include our custom fabrication line, that can build a unit according to customers specifications. Our units have been featured in multiple publications and television shows, and the Titan was chosen to be the unit installed at the first "green home" in Miami. Also the Titan can be found in universities, major hotels and apartment complexes. This year we also will be introducing a new concept called "Tanklessology": This is the science of tankless water heaters operation, design and performance, that will define the future of electronic tankless water heaters for years to come.

Founded on principles, built on integrity and customer focus, Niagara Industries continues to forge forward as one of the leader in Electronic Tankless Water Heater technology. With over 35 years of experience you can be sure that you are buying a product from a company with a proven track record. We look forward to welcoming you to our family of outstanding products and services.

Niagara Industries Inc is proud to announce the opening of its second plant in Miami. This new facility will enable us to increase our manufacturing capabilities and expand our development efforts. This state of the art facility allows for multiple production lines to be run as well as a research, development, testing and prototyping sections. This facility is a key part of our corporate expansion plans and will assist our company in meeting our strategic goals for 2022 while fighting the pandemic  as well as increase our marketing campaign capacity with a constantly growing customer base. The plant has already gone on-line and has created many new jobs that are needed in the community. Furthermore we have entered in a joint venture with one of the three largest appliance manufactures to build a tankless water heater line for them.